Welcome to In Your Head! Wrestling podcast, news and community!

One of IYH most famous callers Carroll with his newly won TA championship. 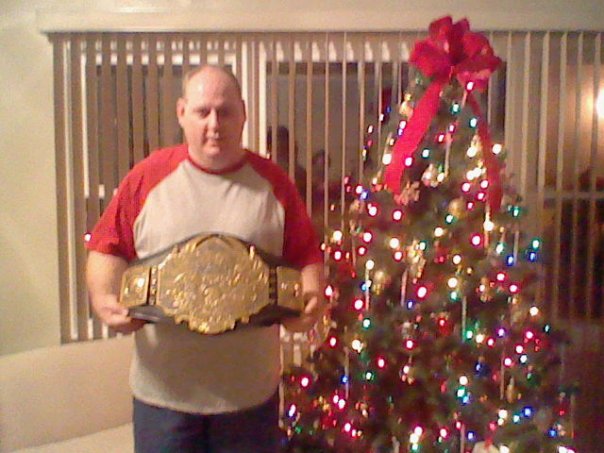 We opened the show with Danny Doring. We went over highlights of ECW including the ECW Arena, tagging with Road Kill, facing Nunzio, injuries, closing of ECW, training in the House of Hardcore and much more. We also talked about the current product, TNA and took some crazy calls. Danny put out an open challenge to the cast of Jersey Shore to show up at the weekend wrestling event for ISPW.

Doring will be a part of the Money in The Bank Ladder Match at ISPW Seasons Beatings next Saturday night, December 26th, in Freehold NJ at the ISPW Arena against Crowbar, Ace Darling, Danny Inferno, Chase Del Monte, and Nunzio.

In the 2nd half of the show we went over RAW with Little People's Court, a homosexual Sgt Slaughter vignette and Johnny Damon. We talked about ECW with the Abraham Washington Show and Yoshi vs Jack Swagger. We discussed the TNA Final Resolution PPV and all the big news regarding TNA's January 4th show. Plus Tommy Dreamer leaving WWE, The NWO coming to TNA and tons more !!!

Eli Scrubbs makes his radio debut on the show. In Your Head crew runs down the week in wrestling going over subjects as the TLC PPV from this week end, DX vs Jerishow, Undertaker vs Batista, new heavyweight champion Sheamus. Also discussed Monday Night RAW with guest host Dennis Miller, how did Dennis do ? Shawn Michael?s challenging Undertaker to a rematch at Wrestle Mania 26. Possible Bret Hart return to WWE for three months.

The IYH interrogator called in and the crew nearly survived. Then on to TNA where we ran down weather Hulk Hogan would wrestle or not. Kevin Nash attempt to replace Taz with Mark Madden on commentary. Feelings on Jeff Jarrett losing Total Non-Stop Action then making his return to Impact Zone. Mick Foley and Vince Russo references to the Garry Shandling Show. What will happen on the January fourth show when TNA takes on WWE RAW head to head on Monday Night. All this and more on In Your Head this week!! Check it out!!!!!

The World According to Dutch

Dirty Dutch Mantell's new book, The World According to Dutch, is COMING SOON. It's 270 pages and 32 chapters long and covers the early years of wrestling up to the present time. The book will be available for sale starting next starting next week just in time for Christmas. The book will be offered for sale online through createspace and Amazon.com. Dutch is also offering a Special Collectors Edition that all serious wrestling fans will enjoy that is available only through his website.

Dutch has also posted a new blog detailing what's in the book and how to order it and his topic this week is titled, The UnderTaker Knocks A Guy Out in a Bar. Great read.

Check out the blog and how to order the book at www.dutchmantell.com.

We were joined by Dirty Dutch Mantell who told us all about his new book available soon - The World According To Dutch. The book covers his time in Memphis, TNA, WWE, Puerto Rico and working with such people as Andy Kaufman, The Kliq, Vince Russo, Cornette, Jerry Lawler and tons more. For information on the book, Dutch's blog and the special edition book please visit:
http://www.theworldaccordingtodutch.blogspot.com/

In the post show we went over Umaga passing away. RAW with Mark Cuban and the John Cena Sheamus confrontation. TNA iMPACT with Desmond Wolf vs Kurt Angle, Dixie Carter's interview with Mike Tenay and plugging Dixie's Twitter. We also talked about Test's brain results, MVP in the Star magazine, January 4th RAW vs iMPACT and a whole lore more so check it out !!!

We were joined by Ruben Zamora to discuss Masked Republic. We talked about official lucha gear, masks, shirts, the upcoming Super Luchas 2010 Tour and much more. If you're looking for custom masks or gear please contact us to get in touch. For more information on Masked Republic please visit:
http://www.maskedrepublic.com

We reviewed RAW, ECW and iMPACT. We talked about Sheamus, Mini-Me, Dinner Impossible, Dixie Carter, Hulk Hogan and tons of other randmon nonsense, what the hell are you waiting for download it and listen up !!

The 5th inductee into the IYH Fan Hall of Fame 2009 is XJasonX.

XJasonX is a long time fan and caller of IYH. Jason's engagement was part of IYH. Jason is a favorite caller among the fans and hosts of IYH, usually talking about old school and Indy wrestling. Jason's column Ask X was a popular feature on the site, we hope to see return one day.

We are proud to welcome XJasonX into the IYH Fan Hall of Fame Class of 2009. 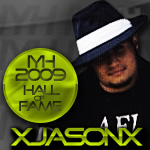 In the post show we went over the news and views of the wrasslin' world. We recapped Survivor Series, RAW with Jesse Ventura, iMPACT, Smackdown and ECW with the Zeke turn. We talked about the Hall of Fame, Wrestlemania rumors, Sheamus's push, Kofi Kingston, DX and tons more so check it out !!

We were joined by Bret "Hitman" Hart to talk about his book "Hitman" now available in paperback. We talked about Ric Flair, Roddy Piper, WCW, WWE, Vince McMahon, the Montreal Screw Job and much more including the current TNA product with Dixie Carter and Hulk Hogan. Please pick up a copy of "Hitman" wherever books are sold.

We also went over a very good week in wrestling including RAW and the TNA Turning Point PPV. Topics included MVP vs. The Miz, Kofi vs. Randy Orton, Cena vs Undertaker at Mania, Brock Lesnar and Shane McMahon MMA news and a whole lotta craziness so listen up folks !!!

We spent the majority of the show voicing our hatred for the Dixie Carter speech on TNA iMPACT. We also talked about RAW, ECW, Kofi Kingston, Hatton's guest host, Miz, Sheamus's push, Linda McMahon leaving WWE and a whole lot more !!! We took a bunch of calls and got opinions on everything under the sun so check it out ya punks !!!

The 4th inductee into the IYH Fan Hall of Fame 2009 is Jobes.

Jobes is a long time fan of IYH. Jobes can regularly be seen on the IYH message board, the chat room as well as semi regular caller to IYH. Jobes is a founding member of the loved and hated Barbie Corp on the message board. He has been part of many flame wars with other members such as XT over the years. Jobes is also one of the many male IYH fans to have a child over the last couple of years, proving once again that IYH mans you up. Jobes also proudly displays his IYH pride on the Wrestlecrap Boards which helps spread the word of IYH. For his dedication to the Heady cause we welcome him into the Hall of Fame.

We are proud to welcome Jobes into the IYH Fan Hall of Fame Class of 2009. 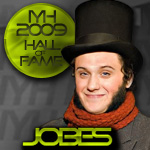 We opened the show with The Outlaw Ron Bass. We went over his feud with Brutus Beefcake feud in WWE. Miss Betsy his whip, and his spurs Bret & Bart. His territory days in NWA, Florida and Oregon. Working with Dusty Rhodes, Black Jack Mulligan, Stan Hansen and Hulk Hogan. Ron also talked about his upcoming Bullrope Match vs. Sean Davis for the Jeff Peterson Memorial Cup in Crystal River, FL. Saturday November 21st. For more information please visit:
http://www.jpc2009.com

In the post show the IYH Crew went over all the news and views in the world of wrasslin. We talked about iMPACT, Desmond Wolf, RAW, Smackdown, ECW, Ozzy on RAW, Hulk Hogan in TNA, Verne Gagne, a reverse Legacy group of dads, Lance Hoyt's debut as Vance Archer and much more !!!

We had total nonstop Hulkamania talk on this show. We asked everyone their opinion on Hulk Hogan and Eric Bischoff coming to TNA. We also talked about the upcoming Turning Point PPV, WWE Bragging Rights, Shane McMahon, Desmond Wolf debuting in TNA, Terry Funk roast, Mickie James going into country music rumors, new giants coming to WWE and a bunch more !!! Cross the Hulkamania line with this total nonstop Hulkamania edition of IYH !!

Xtreme View : What Was The Point